Continuously inhabited for over 28 centuries, Rome, Italy is an ancient and vivacious city filled to the brim with activities and sights. While there is enough in this city to fill weeks of travel time, if you only have one day in Rome, you’ll find plentiful options to fill your layover with memories of a lifetime!

The most populous city of Italy and the fourth most populous city of the European Union, this city is jam-packed with adventures to fit any itinerary. So whether you are on your own or visiting with a cruise, you are sure to fill your day with adventure. While not at all an exhaustive list, this article contains the top things you should try to do when spending one day in Rome.

With such a short time available, you’ll have to hit the ground running to try and capture all that this powerhouse of a city has to offer!

One Day in Rome: The Ultimate Guide

Take a tour by Vespa

The saying goes, “When in Rome, do as the Romans do” and there is no better way to live the “dolce vita” than to jump on the back of a Vespa, a classic vision of any Roman adventure. Driven by a local tour guide who knows the narrow and winding streets of this ancient city like the back of their hand, you’ll get a truly up-close and personal experience of all the hidden gems that this city has to offer.

The company Scooterama offers tours to fit any time slot and budget, making it a perfect accent to any traveler’s itinerary. If you are trying to make the most of one day in Rome, you might want to avoid the crowds and zip through the streets for a truly unique view of everything this city has to offer. 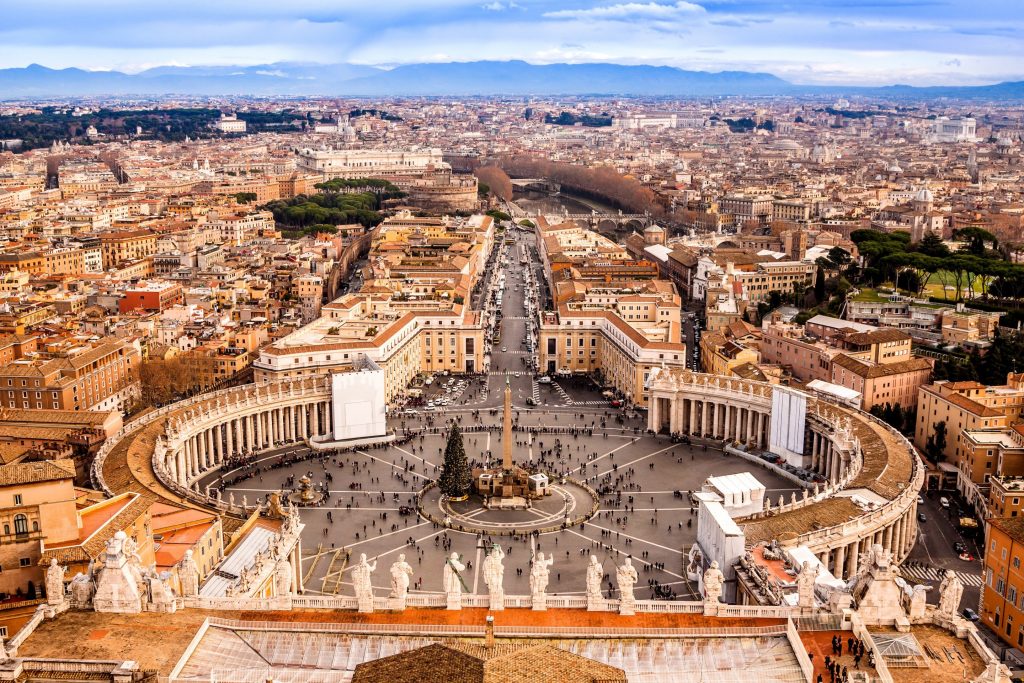 Boasting somewhere around 900 churches, the city of Rome is the perfect place to explore the famous works of the Roman, Medieval, Renaissance, Baroque, as well as all the other well known periods that Rome has existed through. Renaissance master Caravaggio’s works can be seen in person at Santa Maria del Popolo or San Luigi dei Francesi.

It goes without saying that the most impressive collection of both art and architecture exists at the Vatican, from Bernini’s stunning angel sculptures and the architecture of the Piazza di San Pietro, Michelangelo’s Sistine Chapel, as well as museums filled with innumerable paintings and sculptures. The Vatican is actually a small country inside of the city of Rome, with a post office and everything! Be sure to send a postcard home to have the keepsake of visiting one of the tiniest countries in the world!

The Vatican is also the site of the famed St Peter’s Basilica, the largest cathedral in the world! Dating from the 1500s, this massive cathedral is the site of Michelangelo’s impressive dome, as well as collections of art and artifacts spanning the lengthy history of not only the cathedral but of Rome and Italy as well. If you only have one day in Rome, a visit to any of these well-known artistic wonders is a must!

Find even more art at Galleria Borghese and Villa Borghese

If you haven’t seen enough art yet, a stop at the Galleria Borghese and the Villa Borghese is a must if you only have one day in Rome. This site is jam-packed with things to do! Built in the 17th century to house the treasures of Cardinal Scipione Borghese, it is now home to numerous galleries and surrounded by the Villa Borghese Park. Filled with orange trees and manicured gardens as well as pristine white sculptures, this park is flanked by the Etruscan Museum as well as the Galleria Nazionale d’Arte Moderna, home to pieces of the modern art greats such as Degas, Monet, Van Gogh, and Cézanne.

From the Villa Borghese park, you can also take a rowboat out onto the lake, visit a menagerie and even catch a play at a replica of the famous Shakespearean Globe Theater! With Baroque art housed in a 17th century building, abutted by a museum of pre-Roman ancient history and an early 1900s Beaux Art building that houses art of the Modern art era of the late 1800s to early 1900s, there is nowhere else in the city you could find such a complete snapshot of the history of this ancient metropolis, making this area a perfect addition to any itinerary trying to capitalize on one day in Rome!

Visit the famous Colosseum and Pantheon 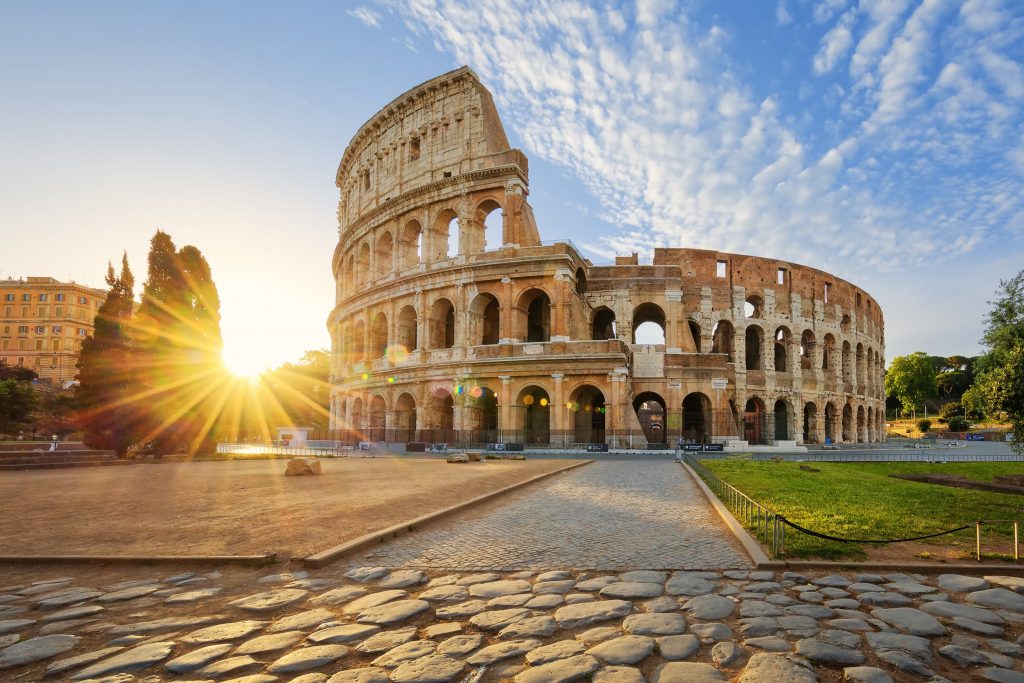 It would be a shame to visit Rome and not see any of the famous ruins that mark the city that is synonymous of an entire empire! Start early to avoid the lines that form at the famed Colosseum. Attracting nearly 4 million visitors annually, this marvelous and monumental structure is a world recognized symbol of the city of Rome.

An even better option is to purchase a combined tour ticket. This not only grants you access to the archaeological ruins of the Roman Forum, dating from around 500 BC, as well as Palatine Hill, the oldest inhabited site in Rome, but it allows you to skip the lines at the Colosseum, making it a great way to maximize one day in Rome.

While venturing through the city on your adventure, be sure to stop by the Pantheon, the most well-preserved and iconic temples of Roman origin and considered one of the wonders of the ancient world. With an impressive knowledge of math and architecture, the Romans created this temple using many different ratios and principles that are still in use today, and many historians have given this site the title of “most architecturally perfect building in the world.” While in Rome, take a moment to stand in the Pantheon and gaze up at the sky above, marveling at such impressive and ancient achievements.

Grab lunch at the Piazza Navona

Famed for its ancient and picturesque Piazzas, Rome is the perfect place to explore these famous public spaces and the Piazza Navona is probably one of the most popular. Dating to the Baroque period, this oval-shaped is surrounded by stunning architecture and has one of the most remarkable of Bernini’s carved fountains, the Fontana dei Quattro Fiumi. The plaza is also home to numerous boutiques, cafes and famous restaurants boasting Italian cuisine.

When you only have one day in Rome, kill two birds with one stone and marvel at the work of Baroque masters while dining on delicious food or sipping a rich espresso to fuel the rest of your adventure through the city!

Take a mini Grand Tour at the Spanish Steps

Created in the early 1700s, the Spanish Steps are a popular tourist attraction and have been for centuries. Artists and writers alike flocked to this attraction for inspiration, from Byron to Keats, making it one of the top stops on the famous Grand Tour popularized by upper-class European men during the Victorian era.

Monuments to some of the greats that spent time here decorate the landings of the staircase, which connects the Trinità dei Monti church to the Piazza di Spagna, which is also home to the Via dei Condotti. This street is famous for its luxury boutique shops and designer wares, making it another great option to maximize your time when you have one day in Rome. Snap a selfie on these famous steps (but do not sit or lay on them because it is now illegal in 2019), visit the Keats-Shelley House or Babington’s Tea Rooms and then treat yourself to designer goods from the likes of fashion powerhouses such as Versace, Hermes or Armani before continuing on your whirlwind tour of the city of Rome.

Connected to Via dei Condotti is the renowned Galleria Alberto Sordi, often considered one of Europe’s most beautiful places to shop. Stroll through the Art Nouveau architecture under the stunning stained glass skylights, grab a book for the flight home from La Feltrinelli and grab a gelato from Vanni Cafe.

After all, you should do as the Romans do when in Rome and gelato is something the Romans do well! With only one day in Rome, a stop at this shopping center is sure to tick a number of things off the itinerary when you’re trying to maximize your time in this robust city!

Toss a coin into the Trevi Fountain before you go

The legend claims that anyone who throws a coin into this famous Baroque fountain is destined to return to the ancient streets of Rome and you will definitely want to return to this incredible city. With only one day in Rome, there is no way to truly experience each and every one of the thousands of things to do here, so a return trip is a must!

For a Rome 2 days itinerary you can find more to do. One way to inspire this is a parting glance at this masterpiece of Baroque art, a sight made famous by so many classic movies and synonymous of the romance and appeal of Rome. Tourists flock to this attraction hoping to secure themselves a return trip, so it is advisable to visit at night when the crowd dies down, right before your whirlwind one day in Rome comes to an end. The cascading waters lit by night are sure to leave a lasting memory of your time spent in this magical place.

Rome is a city that tops the bucket lists of travelers worldwide and for good reason! With centuries of history and the claim-to-fame of having not only an empire but also an entire period of history named after it, this vibrant city has been a draw for tourists since before tourism became a household word!

You could spend weeks or months exploring here, but if you only have a chance to spend one day in Rome, there are so many sights and attractions that can maximize your time and give you a true glimpse into what this city has to offer, sure to inspire you to visit again and again for a better taste of la dolce vita! 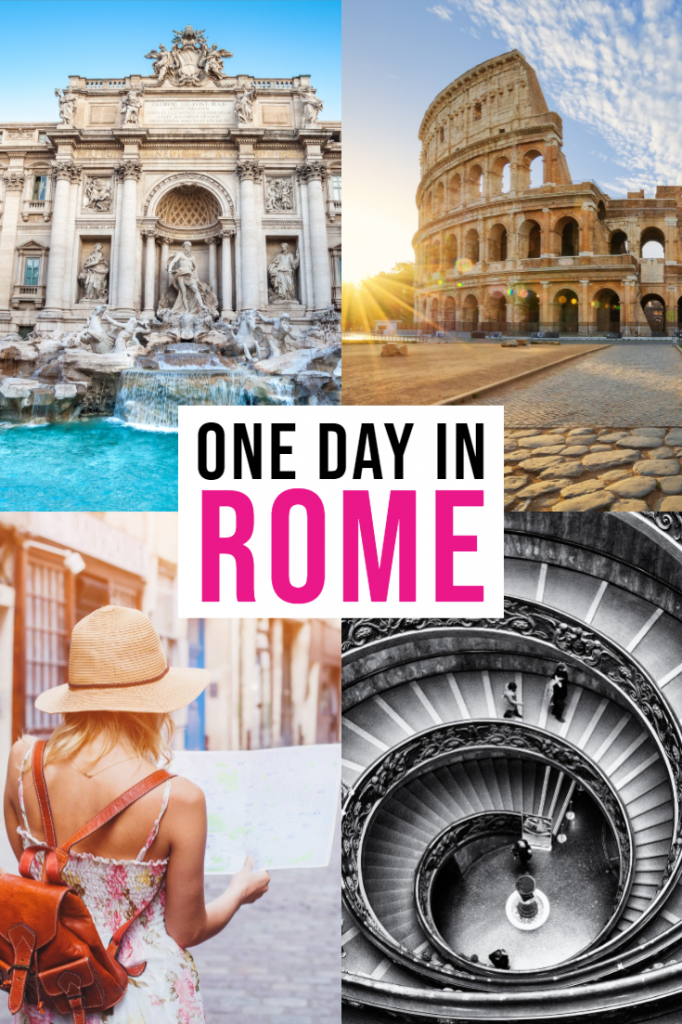 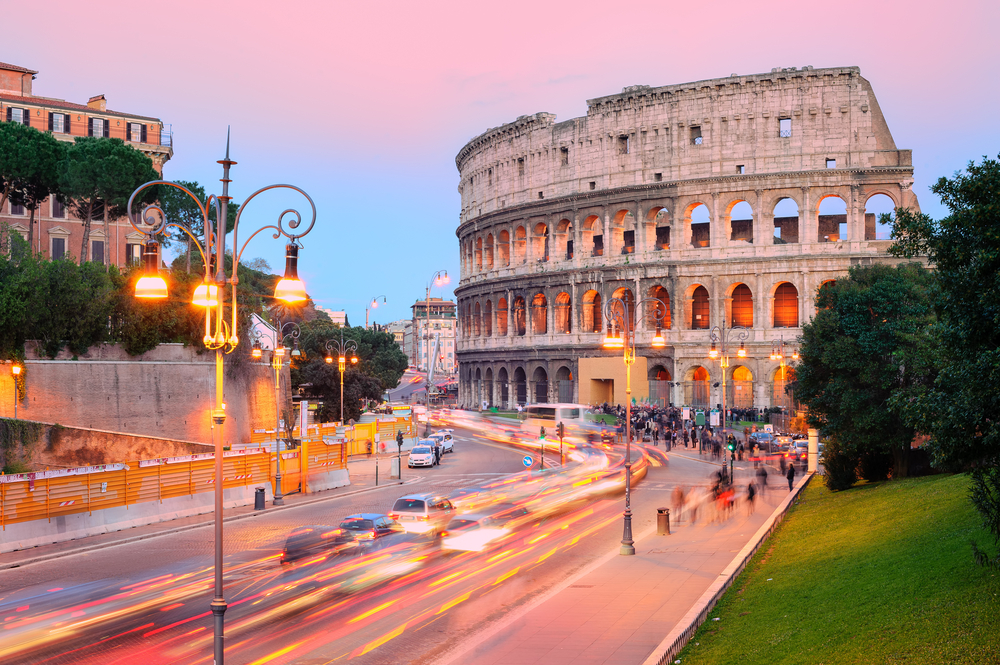